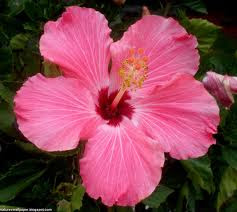 As the celebration of Aloha Festival Month comes to a close for another year in Hawaii and on this blog, the book Wai-nani High Chiefess of Hawaii, Her Epic Journey remains to tell the story of an ancient people and the Hawaiian woman Wai-nani the forerunner to the modern woman. You can find out more about Wai-nani in this interview I did with One Writer’s Journey.


Q: Tell me a little about your book.

A: Wai-nani, High Chiefess of Hawai’i- Her Epic Journey is fabled history couched in magical realism set in primal Hawaii. Precocious Wai-nani’s character is inspired by the powerful personage of Ka’ahumanu, the favorite wife of Kamehameha the Great. This was no small accomplishment as he had thirty-one wives. Kamehameha fulfilled the prophecy at the time of his birth to unite the Islands and gave Hawaii a golden age. Upon his death, he bestowed rank upon Ka’ahumanu that made her the most powerful woman in old Hawaii. She used that power put an end to the 2000-year-old Polynesian “kapu system” that called for harsh penalties for law breakers and human sacrifice to the gods. 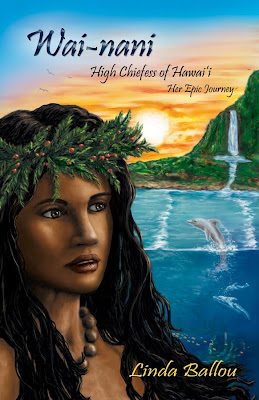 Wai-nani’s mythological journey that is woven throughout the actual historical events that led to Kamehameha’s rise to power is the bigger story.

Q: What gave you the idea for this particular story?

A: While I was living on the north shore of Kauai a special issue in the local paper about Captain James Cook caught my attention. The fact that Captain Cook was killed by the Hawaiians in 1779 intrigued me. I wanted to know why and became curious about what was happening in the Islands when Cook arrived. Most accounts depict the Hawaiians as blood- thirsty savages who ganged up on the world’s greatest explorer. I learned this was not an accurate picture. It looked like justifiable homicide to me and that the Hawaiians had gotten a bum rap. I wanted to tell the story from the Hawaiian point of view. In my research I ran into Ka’ahumanu, a childless royal, who faced down death-dealing priests and the common beliefs of her day. She struck me as a brave figure in history that had been over-looked.

Q: Are you a full-time writer, or part-time, and how do you organize your writing time?

A: I have been writing all my adult life, but have incorporated my writing life into the full time job of selling real estate. Real estate is demanding, but it does afford me more personal freedom than a nine-to-five job. When I am working on a project, be it a novel, travel essay or article, I read the night before writing on a given subject and enlist my subconscious to provide me with ideas and answers to writing questions. I rise early and re-read what I have written before and think about what I am attempting to do and allow the night time thoughts to filter through my mind. The results are often exciting and surprising. Then I go immediately to the keyboard. I work on the given project for the first two hours of the day before the phone starts ringing. This schedule has allowed me to write two novels a screenplay, numerous travel articles and essays and a few short stories.
You can read more here at One Writer’s Journey.
****
I walk in beauty on the good red road.
Linda Ballou
http://www.lindaballouauthor.com/

Posted by lindaballoutalkingtoyou at 10:18 AM