Gifts for Friends with a Wandering Eye

I love travel narratives.  These are a few of my favorite travel books sure to whet your wanderlust. These are not typical guidebooks, they represent well-written travel literature.

Travels in a Thin Country by Sara Wheeler

Sara travels in a way that I would love to do, but just don’t have the stamina.
From soggy sleeping bags, to elaborate dinners at elegant haciendas she shares the highs and lows of Chili—a country of extremes. Home to some of the highest volcanoes in the world, vast expanse of desert and tropical forests and of course, the glaciers  of Patagonia, it takes a savvy traveler to navigate it’s wonders.  Ms. Wheeler provides a well-informed look into the culture, history and politics of a place. Her writing is exceptional with lyrical descriptions and amusing observations. If you contemplating a trip to this thin country put this books on the top of your list. Right there next to Bruce Chatwin’s Patagonia

Cocktail Hour Under the Tree of Forgetfulness-Alexandra Fuller
What a wonderful find. Alexandra Fuller captures the seduction of the African sun burnt landscape. The vast spaces that set the mind sailing seduced her parents and made them stay against great adversity. They lived in Kenya when British Colonists spent their days in royal comfort, but those days ended with a revolution and war in the 60’s.  Ms. Fuller masterfully weaves the very personal history of her dramatic childhood and the life of her stiff upper lip parents against the backdrop of a tumultuous time. Her parents chose to remain in Africa after their lands were seized and to set up housekeeping in remote Zambia where they found peace under the” Tree of Forgetfullness.” I have ordered the third book in the trilogy of Ms. Fuller’s stunning memoir.

delivers a healthy portion of dry information made palatable by interjecting doses of self-deprecating humor that are often laugh-out-loud funny. The pasty-white New York journalist trudges behind a leathery Australian obsessed with the ruins of the Incas, up daunting mountains and then back down into the soggy Amazonian rain forest.  We follow in the footsteps of Hiram Brigham III, who dedicated about half of his life to finding the of the Incas but had to settle for being credited with the discovery of in 1911. focuses mainly on Brigham, geography and history, but never tells us much about the Incas themselves. I enjoyed the book, found it very informative and entertaining which is what good travel writing should be, but I felt disappointed that I didn’t learn more about the culture of the people who built .

The Way of Wanderlust-Don George

Don George’s very personal travel memoir is about connections with other humans and a few very large creatures. At Notre Dame he feels connected to the past and all those that have walked through that portal to Christianity. In , he spends three nights in the home of a family and is moved to tears by the simplicity of the way they share life’s chores and joys in modesty. In the Sea of Cortez he communes with a whale. His writing is poetic broaching lyrical and is very moving. He raises the bar for travel writers. We are not to simply take our readers to a place through their senses in good writing we are supposed to deliver the meaning of life in subtext. I believe the dance is all there is, so I am determined to get to the Cook Islands where Don connected with the shimmying hips of natives in the balmy, palmy breezes.  In fact, I have been so stirred by his descriptions of his experience there that I must go soon! It is no longer some musing in a distant future. Don’s writing has made me want to be there, to know the tranquil beauty of the horseshoe shaped lagoon and the laughing eyes of the Island people. In short to be more connected with the rhythms of life.

The Tao of Travel- Paul Theroux

When I learned that Paul Theroux, one of my favorite travel writers, had written the Tao of Travel I rushed to get a copy. At first I was disappointed that Theroux would waste his considerable talent on a compilation of other travel writers of note. But, as I got into his very personal critiques and reflections on the greats like Robert Louis Stevenson, Henry David Thoreau, Sir Richard Burton and Joseph Conrad I looked forward to eaves dropping on the “long conversation” about travel writers. Theroux talks about the little known realities of some of the greats. Edgar Rice Burroughs who created the Tarzan character had never been to . Steinbeck did travel with his dog Charlie for three months, but he who also indulged in conjugal visits from his wife along the way. The book reads like a tabloid reality check on “who’s who” in the travel writing genre. Theroux also talks about the paradoxes of travel, the wisdom of travel and its perverse pleasures. As usual, Theroux pulls no punches in his discussion of his peers or precursors. I confess in the end I enjoyed what felt like ”Happy Hour with Paul” even though he slandered my home town, Los Angeles, lumping it in with Bombay and Tokyo “which are known for their ugly buildings and bad air.”

I love a man with a sense of humor. It’s hard to imagine the distinguished gentleman I know as James Dorsey to be slinging dun balls at monkeys, or bouncing unceremoniously across the desert on a camel, but he does. In his effort to connect with cultures that are rapidly disappearing he finds himself in some precarious situations. He always handles them with respect for his hosts and delivers insights to his readers. This is a wonderful well-written collection of tales from silly to soul searching.  Obviously influenced by Tim Cahill, my travel writing hero, James shares his exploits with self-deprecating humor while delivering a deeper message.

May I add my own contribution to travel literature- LostAngel Walkabout – One Traveler’s Tales reviewed by James Michael Dorsey?

Lost Angel Walkabout by Linda Ballou takes the reader out of their armchair and into the vast world as few travel writers can. Her eye for detail combined with intimate knowledge of her surroundings sets Ms. Ballou heads above most of the travel writing pack. In this age when everyone with a back pack proclaims him or herself a travel writer it takes a book like this one to re-define the genre. The stories are personal and inviting, giving the reader not only a feeling of participation but leaving them with a memory of where they have just visited. This is just plain great travel writing.


Posted by lindaballoutalkingtoyou at 10:28 AM 2 comments: 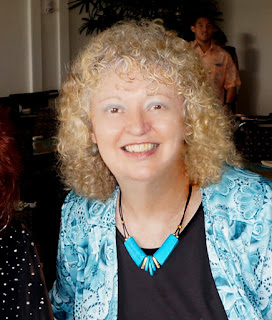 In need of a great  gift for your friends who love books and Hawaii? I love Linda Ballou's novel Wai-nani. A beautifully written story about a strong woman in ancient Hawaii who leaves her family to follow her heart. It's got everything: romance, action, adventure, Hawaiian history and culture. It really brings ancient Hawaii to life in a can't-put-down drama.

Linda, it warms my heart that you have taken the time to learn so much about the Hawaiian history and culture I love. Thank you for transferring that knowledge into such a beautifully written novel. Jennifer Crites- Former Editor of Aloha Magazine and Long time resident of Honolulu


Wai-nani's Wayfinder is my gift to you with the purchase of Wai-nani:  A Voice from Old Hawai'i on my site Linda Ballou Author.com

Gift wrapped with free shipping if you  purchase on my site.

Posted by lindaballoutalkingtoyou at 12:12 PM No comments:

Linda Ballou is an adventure travel writer with a host of travel articles on her site, along with information about her travel memoir, Lost Angel Walkabout-One Traveler’s Tales; historical novel Wai-nani, A Voice from Old Hawai’i; as well as her latest novel The Cowgirl Jumped over the Moon at-www.LindaBallouAuthor.com.

Posted by lindaballoutalkingtoyou at 4:54 PM No comments: