I have a strong connection with nature and I write to bring awareness to ecological problems about the globe. The current BP (British Petroleum) oil spill in the Gulf is the worst environmental travesty perpetrated by mankind in our lifetime. It horrifies me that BP knew they were taking risks that could allow this to happen and yet they did nothing to prevent it. Greed in the name of the almighty dollar caused this catastrophe.

I am absolutely appalled, disgusted, dismayed, and downright mad about what is going on, or should I say what’s not going on in the cleanup effort. Several groups and organizations have come forward with viable environmentally-safe (green) and economical solutions to remove (not just disperse) the oil from the water. 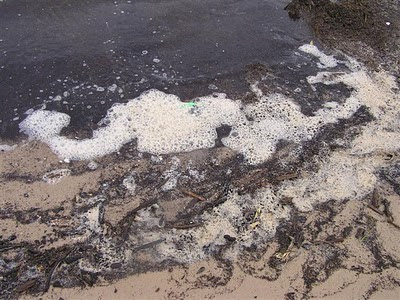 Here are six examples:
The Texas Land Office and Texas Water Commission have successfully used oil-eating microbes to clean up large oil spills. Microbes hunt down and eat the toxic oil and leave only a biodegradable waste that is non-toxic to humans and marine life. It only takes weeks to accomplish this—not years like the Exxon Valdez spill. Warehouses full of microbes are readily available. http://www.youtube.com/watch?v=8VfypUzx1tI


Show Me Energy Cooperative has offered to use BM007, a biofuel pellet made from Swiss grass and other cellulose materials to absorb the oil. This renewable, agricultural product can absorb 800 gallons of oil per ton and is environmentally safe and available for immediate application. The reclaimed material can be squeezed to get the oil out, or it can be formed into an energy product that can be burned commercially. http://www.youtube.com/watch?v=aZw_bs4WdA0.

Mobius Technologies has 2,000,000 pounds of its EPA-authorized MPU oil-sorbent powder (Micronized polyurethane) that can be delivered from its current inventory to the Gulf within five days via air cargo. Millions more pounds can be delivered continuously thereafter. Within seconds of application, MPU forms an oil-cake that is resistant to wave action and does not sink. This allows the product and the oil to be permanently removed as it is collected. http://www.youtube.com/watch?v=uFNOnI3M_1M


According to the Walton County (FL) Sheriff’s Department and spokesperson from Florida-based CW Roberts Contracting, Bermuda hay and Bahia straw can be used as a very effective environmentally-correct solution for oil spill cleanup. The organic material, which is plenteous in supply, could be scattered over the surface of the ocean via boats with hay blowers to mop up the oil. The straw could then be collected by air lifts or boats; or it may be allowed to wash ashore where it can be swept up using standard beach cleaning equipment. Representatives from BP were in the audience watching the demonstration http://www.youtube.com/watch?v=H7JkFW5nwMQ. CW Roberts is already under contract with the Walton County Office of Emergency Management to protect their beaches from the oil spill. It’s not like this company is a fly-by-night operation that doesn’t know what it’s talking about! The president of CW Roberts told the audience that his company could have boats and equipment on the water in less than a half-day. People everywhere are ready and willing to supply the hay. CW Roberts asked BP and the Coast Guard for the chance to do a 10-acre live demonstration in Gulf waters. They were told that approval has to come from higher up. Mother Goddess already approves; she’s even supplying the materials. If you need man’s approval, then get it!

A piece of chemically-treated cotton cloth developed by University of Pittsburgh is able to separate crude oil from sea water within seconds by using gravity alone. The treated cloth allows water to pass through but not oil. http://www.youtube.com/watch?v=kfRKjiOXVWE


Even human hair can be used to solve this environment problem http://www.youtube.com/watch?v=w2sEDENTFAA

Dispersants allow BP to hide the problem by making it look as if the oil is being cleaned up but it is not. In fact, dispersants break the oil down into such small particles that it cannot be cleaned up with any of the natural products mentioned above. Dispersants leave the oil in the water and will still adversely affect aquatic life.

We have got to do something not only about the oil spill, but about the legislation that protects mega giants like BP from having to pay for their catastrophic mistake that is killing marine life and making the world an unsafe place to live. I encourage you to write to your congress person or state representative and request that one or all of these natural solutions be put to use immediately and that laws be changed to close down companies that do not comply with safety regulations already in place.

Let's work together to make it look like nature intended. 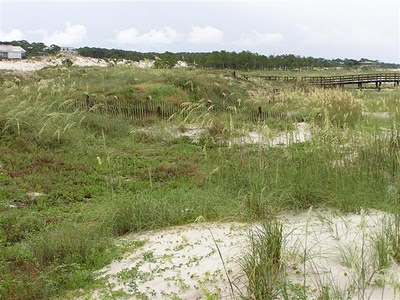 Posted by lindaballoutalkingtoyou at 4:54 PM