Mo’okini Heiau sits high on a knoll and enjoys a panoramic view of the Upolu Point of Kohala and the distant shores of . It stands in the center of a once-royal complex that was a vital center of sacred and secular power. It is one of the first luakini heiau (temple of human sacrifice) built by the Tahitian Priest Paao in the 12th century. Legend has it that it was the site of countless thousands of human sacrifices to the gods. The current site includes remains of the sacrificial temple measuring 250' x 130' with an open stone paved court enclosed by 20-foot-high stone walls and the sacrificial stone. According to oral tradition it was built in one night by 15-20,000 men passing stones to one another from the Niuli’i, nine miles away. 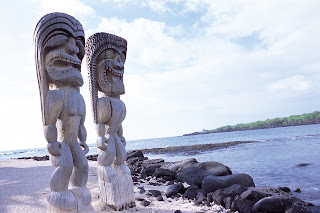 The Tahitians believed that there was not enough respect on the part of resident Hawaiians for the gods, and they set out to strengthen the kapu system by building this temple and enforcing the strict laws of the land (kapu). Paao summoned the warrior chief Pili who brought stones from one of the most sacred sacrificial temples in and placed the bodies of fresh victims beneath these stones used as pillars to consecrate Mo’okini Heiau. Mu, or body catchers, collected the humans to be sacrificed. These were most often conquered warriors or members of the slave class. Women and children were generally spared. The bodies of the victims were then baked and the flesh removed from the bones. The bones were used for fish hooks or parts for weapons. 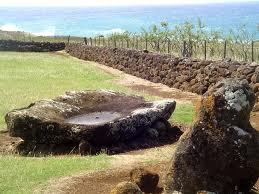 The oldest, largest, and most sacred heiau in old is all that remains of the royal Kohala complex dismantled by sugar plantation owners in the 19th century. To Hawaiians it is a living spiritual temple and not a cultural artifact. 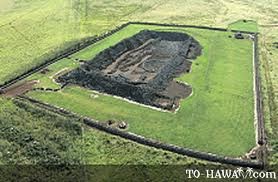 It was long held to be strictly kapu to visit, but In November of 1978 Kahuna Nui Leimomi Mo'okini Lum rededicated the Mo'okini Luakini to the "Children of the Land" and lifted the restrictive Kapu. In doing this she made it safe for all persons to enter the Heiau and created a new legacy for the Mo'okini Luakini as a place of learning for future generations to discover the past. Kahuna Nui Lum followed closely the wishes of her father Kahuna Nui Dewey O. Mo'okini who visualized this sacred site as one for the children of and the entire world.


Posted by lindaballoutalkingtoyou at 1:30 PM