Linda answers the question "Why Do We Write?"

I’m a writer – if I stop writing, I am nothing. -Wilbur Smith? Is this true

Sonia Rumzi, author of women's fiction asks Linda pointed questions about being a writer and why she chose to write Wai-nani, High Chiefess of Hawaii


What motivates you to write?
The goal is self-actualization. Writing expands and excites my universe while providing purpose to my adventures. It is my form artistic self-expression that allows me to be a part of the “Long Conversation” that is our civilization.
Read more of the interview here
Posted by lindaballoutalkingtoyou at 8:59 AM 2 comments:

Wild West Wander in the San Juan Mountains of Colorado, Part I 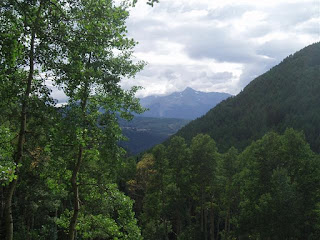 The San Juan Skyway extends through sage-littered plains, up verdant river valleys to lofty peaks streaked with snow and alpine cirques glistening in the sun. The 236-mile loop in southwest Colorado can be done on less than a tank of gas in a day, but it deserves a lifetime of exploration. In this two-piece series, I share how a person of average fitness can get into the heart-catching scenery without tapping their 401K. The best ways to take in the rugged terrain are on foot, horseback, 4×4 vehicle, or on a turn-of the-century steam train.

The journey through this soul-stirring stretch of the Rockies begins in Durango, the gateway to the Four Corners region. There are stops in Mancos, Mesa Verde, Telluride the glamour girl of the mountains, Ouray the sweet spot in the San Juans, and Silverton the heart of the high country.

A whistle blast from the Durango-Silverton train signaled all aboard. The longest continuous running line in the country was completed in 1878 at a cost of $1,000 per foot.

Men were lowered over the cliffs on ropes to plant sticks of dynamite into the rock face, and then had to be lifted out just before the blasts. I gazed out over the heart-catching chasm where Butch Cassidy and the Sundance Kid made their famous leap into the churning Animas River.

Two hours into the rugged canyon aboard the rockabilly train brought us to Needleton (9,000 ft) where well marked trails radiate deep into the mountains. Backpackers headed for Chicago Basin on a steady bun-burning climb to campsites in the Weminuche Wilderness. I opted for a day hike on Purgatory Trail that sticks close to the bottle-green river. It leads through a shady grove of aspen lined with asters and gold capped mushrooms.

After enjoying a ham and brie sandwich from Bread, the local bakery in Durango,

Read more here
Posted by lindaballoutalkingtoyou at 9:54 AM No comments:

Tales Told From the Review of Lost Angel by Dick Jordan 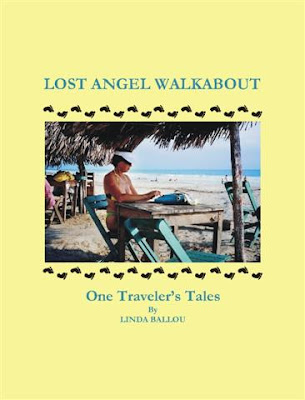 Adventure travel writer Linda Ballou knows how to bring home a great story when she goes on a trip:  Get into trouble.  For her, the deeper the water, the fouler the weather, the more hazards underfoot and overhead, the better the story will be to tell.

Think about the alternative.  You come back from your journey and tell your friends and family that you encountered no flights delays, no bad meals, no lost or stolen personal items, no bed bugs at your hotel, and not a drop of rain fell on your head.  How do they respond to this tale of no-woe-at-all?  By yawning.
There is no danger that you will nod off reading Ballou’s Lost Angel Walkabout: One Traveler’s Tales.  Instead, you want to yell “No, Linda don’t go there!’ or “Linda, whatever we’re you thinking?”, or “Watch out, Linda!  Watch out!”

Read the review here
Posted by lindaballoutalkingtoyou at 12:01 AM No comments:

Praise for Wai-nani from The Best Travel Novels 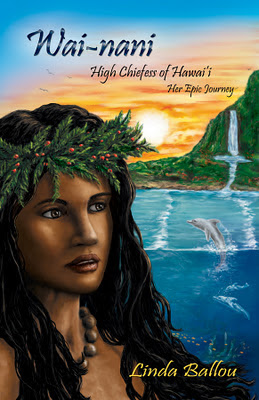 TRAVEL TO HAWAII WITH WAI-NANI HIGH CHIEFESS OF HAWAII: HER EPIC JOURNEY

I love books that tell a great story but I want to learn something at the same time. I knew that since Linda Ballou was a travel writer that I would learn about Hawaii but what I didn't realize is that she is a beautiful writer. This story takes place at the time in history where the Hawaiians are introduced to the Europeans as seen from the Hawaiian viewpoint. It is a lush story about a strong woman living in a warlike country. Just get that picture of peaceful Hawaiians out of your head. She weaves a tale that keeps you intrigued all the way to the end. This is a great read about a fierce heroine.
Say hello to adventure travel writer Linda Ballou
A love triangle of extremes has proven to be a solid base for my writing. From my roots in Alaska I received strength, centeredness, and respect for the awful power of nature.  While living in Hawaii I found nurturing, a spiritual awakening, sensuality and the heroine for my historical novel, Wai-nani High Chiefess of Hawaii: Her Epic Journey. In proud California I obtained a degree in English Literature from Northridge University and a doctorate in urban savvy. My non-fiction book Lost Angel Walkabout-One Traveler’s Tales is a spirited collection of travel narratives. I live in Los Angeles where I continue to enjoy exciting contacts, and friends.
Read the interview here
Posted by lindaballoutalkingtoyou at 10:27 PM 1 comment:

How To Stop a Train in its Tracks 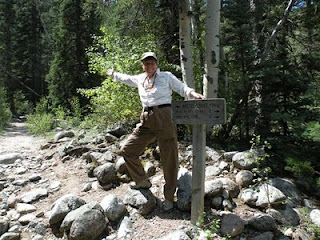 The fastest way to get into the wilds of the San Juan Mountains in Southwest Colorado is to hop onboard the Durango-Silverton historic sream train. Rock and roll your way up to Needleton, where you leave the train, and join other hikers on the many trails that radiate through the mountains from this point. If you are coming from sea level like me, you will likely need time to acclimate to the higher elevations. This perfect first day jettisons you into the roadless forest with little effort on your part. You can stroll, or hike and take time for a picnic beside the Animas River, but whatever you do, don't miss the train ride back to Durango! If you lose track of time you could find yourself spending a night that tests your survivial skills. No cell service means no helicopters to the rescue.

Posted by lindaballoutalkingtoyou at 9:07 PM No comments: 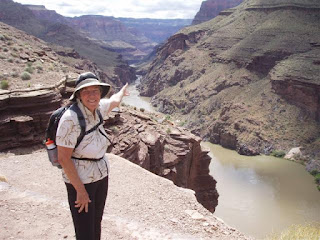 “Wake up people! Find your behind and sit on it,” Captain Adam yelled over the roar of the monster wave spilling into a 20-foot hole- dead ahead. Lava Falls is the most fearsome rapids on the 227-mile Grand Canyon run. I bolted from my day-dreaming position on the warm pontoon. While drifting between walls of black porous rock once inside the cone of a volcano, I'd sunk into river time. When we floated past the enormous basalt plug in the middle of the river, I'd forgotten that it meant we were approaching Lava Falls and that I was holding a one-way ticket home.
Read more here at Real Travel Adventures
Posted by lindaballoutalkingtoyou at 8:42 PM No comments: 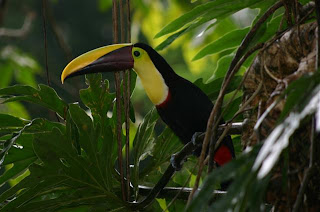 James Currie is the driving force behind Nikon Birding Adventures TV which focuses on destination and adventure bird-watching. He explores the best exotic birding destinations on the planet; the most unusual, rare and highly sought after bird species; amazing cultures and wildlife. He is the informative, passionate – and sometimes crazy! – host for BATV that portrays a unique blend of information and adventure, making bird-watching refreshing, contemporary, interesting and exciting. The program has a strong conservation emphasis and highlights the importance and urgency of preserving the planet’s incredible birdlife.


LB: What got you started in this career? Was there a pivotal event in your life that brought you to being a birding adventurer?
JC: I started as a birder really young. My folks owned a restaurant on the slopes of Table Mountain in Cape Town, South Africa and it was there that I first found my love for birds, wildlife and the outdoors. But the moment that really got me hooked was pretty awe-inspiring. I was sitting on a granite boulder on the mountain watching some Rock Hyraxes (Rabbit-like creatures) when a massive Black Eagle swooped in and picked one off right in front of me. I remember being transfixed by the bird’s power, beauty and mastery of flight. From that day on I started trying to see as many birds as possible.

Read more of the interview here
Posted by lindaballoutalkingtoyou at 9:41 AM No comments: 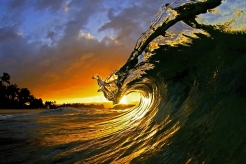 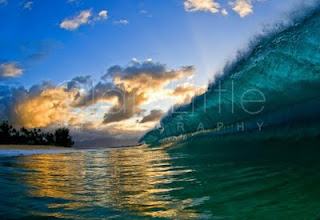 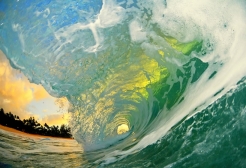