Africa in Black and White


My rating: 4 of 5 stars
Dark Star Safari is indeed dark. The deep disappointment felt by the master of travel writing, Paul Theroux, pervades this heartbreakingly honest look at decaying societies.
The landscape itself though scarred with dilapidated human settlements remains beautiful in its vast immenseness, but a sense of hopelessness pervades the text. Paul travels overland from appalling dirty and dangerous Cairo to Cape Town where white farmers are being hacked to bits by liberated South Africans who feel the land belongs to them.
From taxi’s that breakdown in bleak backwaters, to buses that are nothing more than rolling death traps, to trains that are rocking shells of their former selves the modes of transport he takes range from laughable to downright dangerous. The muddy villages along the way are filled with derelict populations who are often “bad people”.
I think Paul in his quest to unplug and go someplace his fans could not find him forgot the old adage that you can never go back. In his idealistic youth he served in the Peace Corp and taught at a school in Malawi. He feels sadness about the fact that not only have things not gotten better for the African people in the last forty years, they have gotten much worse! Corrupt leaders have milked millions from the generosity of countries trying to help the African people. They do not want real development to take place because children with distended bellies and flies in their eyes engender more sympathy and foster larger handouts than healthy communities.
I selected this book because I want to go to Africa to see the gigantic fireball sunsets, the herds of grazing beasts and the last of what can be considered wild, and because Paul Theroux ranks high on my top ten writers list. After reading it I feel silly and insincere because I am not going to see the suffering masses. I will be wearing the tourist kaki with birding glasses slung over my shoulder and be the safari slut Paul finds so insensitive to the plight of the African people. I will sidestep the atrocious slums of Nairobi on my way to the game parks and try like hell not to get killed or robbed in Joburg. Still, I do care and hope that Africa, the birthplace of mankind, will find a way out of the dark abyss of hopelessness and the people will stand tall in the sun once more.

View all my reviews >>
Posted by lindaballoutalkingtoyou at 9:53 AM 1 comment:

DO YOU FEEL LUCKY?

An autographed copy of Wai-nani, High Chiefess of Hawaii-Her Epic Journey will be awarded to one lucky person on Valentine’s Day. Just sign in on Wai-nani’s page where you will find reviews, an excerpt and more.

From the cauldron of controversy that is Hawaiian history, emerges Wai-nani, a reflection of the passionate chiefess Ka'ahumanu. Like all Islanders, she is a water baby finding pleasure, sustenance, solace, wisdom and courage in the grand and vibrant sea. She is born fifteen years prior to the landing of Captain Cook in Kealakekua in 1779, and is the favorite wife of Makaha, a fierce warrior modeled after Kamehameha the Great. Her story awaits you at the link below.

If you are already a Wai-nani lover, please forward this offer to
friends you think would enjoy entering her beautiful world.
Posted by lindaballoutalkingtoyou at 8:58 PM No comments:

In Search of a Natural High 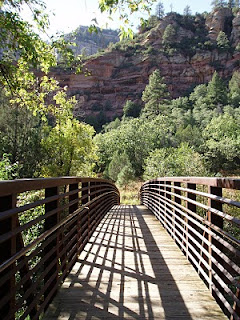 My article In Search of a Natural High in Sedona, featured in the Jan-Feb issue of American Fitness Magazine explores the mysteries of vortexes. Are the magical red rock formations really power places? Find out in this piece that takes you on the best hikes in the fabled region. This link takes you to my articles pay on my website